The fact or fiction debate has never raged stronger than it is these days.  Social media is an opportunity to have a voice.  But, it needs to be an authentic voice.  In the world of fake news, there are way too many posts to count every day that offer ideas that have no basis in fact and are completely contrived.  They are built upon wild and unsubstantiated thoughts and ideas that someone simply decides are the ‘truth’.  At least, their ‘truths’. 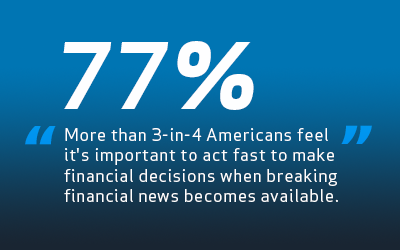 In our every day business world, we face similar scenarios that taint, colour, or distort our business decision-making processes.  Separating the facts from the fiction is mission-critical to your success.  In retrospect, some of these myths seem silly and unbelievable, yet they are held to be true by many.  In business, people lock on to myths too.  They hold them very close and defend them at all costs, even after they are proven to be false.  The key is to identify these falsehoods and then carve them away from the truths so as to reveal the core elements needed to make a decision.  Else, you risk making poor decisions and seeing undesired outcomes.

But, truth can be a rascal to capture and even when ideas are founded upon facts, they can wriggle free and promote falsehoods and misled the readers.  Mostly, conspiracy theories are all fun and laughable to see.  It leaves the reader shaking their head in disbelief.  Often, it is ridiculous or even plainly stupid.  It is dumbfounding to comprehend that some people hold these ideas to be real, when they have no basis in fact.  But, they do.

Here are a three of my favourite mythological ideas that are worthy of a laugh. 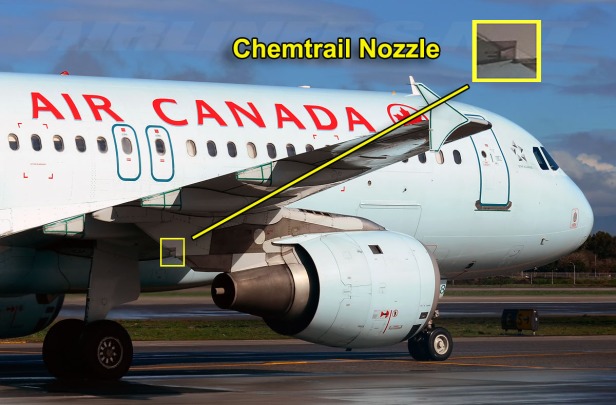 Chemtrails – Some people believe that the government is spraying something into the air, and this creates unusual looking contrails. They call these condensation trails (contrails) from jet airliners “chemtrails”.  Now, there is no real evidence that “chemtrails” are real, but there are several hilarious myths on the internet about “chemtrails”.  All these myths can very easily be shown to be false.

Myth #2 – Contrails have been observed to persist and spread when the humidity was too low, so they must be “chemtrails”

Myth #3 – Long lasting contrails have appeared in “parallel lines”, “grid” and “X” formations, which are not normal, so must be “chemtrails.

Myth #4 – A bill to ban chemtrails was introduced into congress by Dennis Kucinich, but quickly had chemtrails edited out

Myth #5 – Public Law 105-85 gives the military permission to experiment with chemical and biological weapons on humans, without their consent 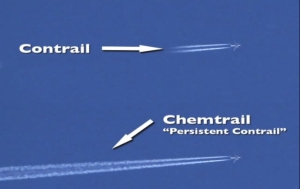 Those myths are really the basis of the “chemtrail” conspiracy theory.  There is more, of course, like the halos and sun-dogs that you sometimes see (normal atmospheric optical effects), the dark lines (shadows of varying types), the stuff on the ground (unconnected).  But these things really get to the heart of 99% of the chemtrail argument.  After they are dispensed with, the theory holds about as much water as alien mind-control implants.

Flat Earth – Thousands of YouTube videos claim the world is flat, gravity is uncertain, space is fake, and the curvature of the planet is an optical illusion.  Followers say this ruse is perpetuated by a powerful cabal determined to make humans feel small and powerless.

A conspiratorial mind-set and a deep current of religious ideology permeate the movement, which preaches that Earth was created by design, not by accident.  As evidence of its shape, some reference Bible verses touting “the four corners of the Earth,” “foundations of the Earth” and Earth being God’s “footstool.” 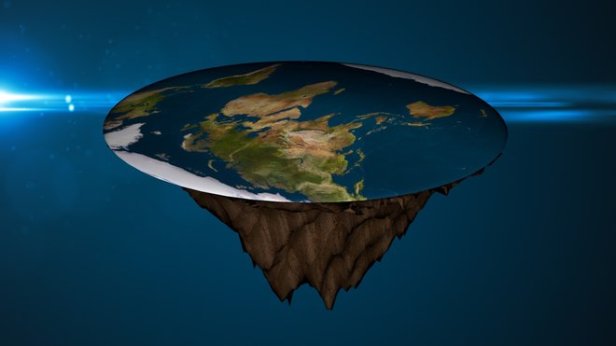 The concept of a flat Earth goes back to the Bronze Age.  Later on, Greek philosophers and mathematicians like Ptolemy, Aristotle, and Pythagoras used calculations and observations of Earth’s curved shadow on the moon during lunar eclipses to conclude the planet was round.

Some flat earth believers think that the Earth is surrounded by a wall of ice holding back the seas while others suspect it’s an infinite plane.  Circumnavigating the world, they explain, is simply traveling in a big circle.

The serious science community feels it’s so basic that they don’t want to waste their time debunking it.   But this is a scary thing…. The danger isn’t that people don’t believe the Earth is round, it’s the lack of scientific literacy. 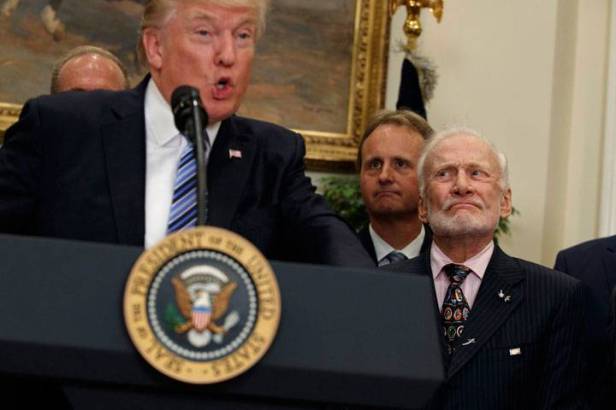 Moon Landing – It’s now been more than five decades since Neil Armstrong took his “giant leap for mankind” — if, that is, he ever set foot off this planet.  Doubters say the U.S. government, desperate to beat the Russians in the space race, faked the lunar landings, with Armstrong and Buzz Aldrin acting out their mission on a secret film set, located (depending on the theory) either high in the Hollywood Hills or deep within Area 51.  With the photos and videos of the Apollo missions only available through NASA, there’s no independent verification that the lunar landings were anything but a hoax.

Far-fetched as the hoax theory may seem, a 1999 Gallup poll showed that it’s comparatively durable: 6% of Americans said they thought the lunar landings were fake, and 5% said they were undecided. 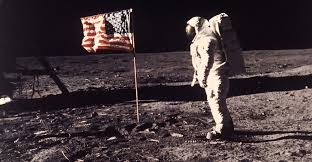 But, whatever you do, telling astronaut Buzz Aldrin that he faked it all will result in a punch in the nose.  A few years ago, remember what happened when film maker and conspiracy theorist Bart Sibrel confronted Buzz Aldrin, demanding he swear on a Bible that he walked on the Moon.  Buzz let this fool know in no uncertain terms that he would not tolerate such stupidity and punched him squarely in the beak.

On 30 June 2017, U.S. President Donald Trump signed an executive order to re-establish the National Space Council, which has been defunct since it was absorbed by the National Science and Technology Council in 1993.  Standing by his side was astronaut Buzz Aldrin, 87, who was the second person to walk on the moon (after Neil Armstrong) as part of the Apollo 11 mission.

Buzz Aldrin has surprised many by saying that his greatest achievement is not punching Donald Trump.  Mr. Aldrin attended an event where the President gave a rambling speech loaded with falsehoods about space. 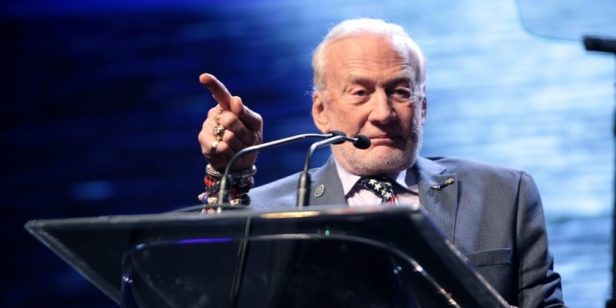 Mr. Aldrin looked visibly pained as he explained, “At first, I thought it was a joke or Alzheimer’s awareness thing.  As he went on, I realized it wasn’t comedian Alec Baldwin spoofing the President, but the actual President.  How is that possible?  I’ve met Nixon, Johnson, and Obama and never experienced anything like that. Hell, even Bush used to be able to get words into the right order.”

Aldrin went on to say, “How the hell do you inspire kids with that?  Who can honestly say being President is something to aspire to?

Did Buzz Aldrin actually say that not punching Donald Trump was his greatest achievement?  Rumors that the astronaut had to restrain himself from hitting the President of the United States were greatly exaggerated. 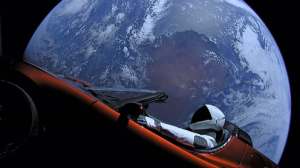 So, even a post pertaining to fake news and wild exaggerated mythology can and likely does include some fake information.

You must be your own news and information filter.  You must read stories from multiple sources and validate the facts to determine for yourself what is true and what is fiction.  The truth is out there, but it takes effort to find it.

Can you see the parallel to business news and information here? 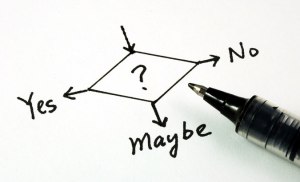 There is a valuable business lesson here too.  Check your facts at work and make sure that you are dealing with reality.  Business decisions need to be made faster today so extra levels of care is critical to ensure precise evaluation of the circumstances that affect your business decision-making process.  Do not be fooled by wild mythology and crazy theories.

Snopes. Did Buzz Aldrin Say Not Punching Donald Trump Was His Greatest Achievement? Retrieved on April 30, 2018 from, https://www.snopes.com/fact-check/aldrin-not-punching-trump/

This article is a mash-up of various other articles as referenced above.

One thought on “Science versus Mythology – Conspiracy Theories”